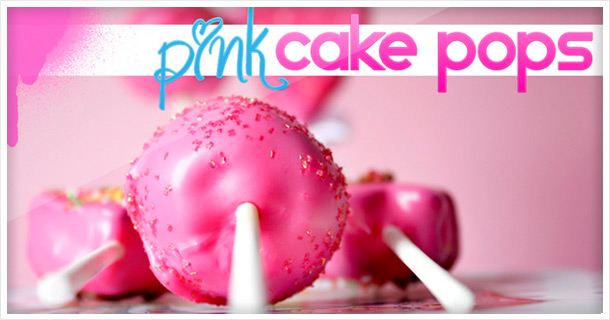 Half of the week is over, so happy Wednesday to you all.

Remember my post about the Red Velvet Sheet Cake I made for my moms birthday?
Well that was not the only sweet treat she got from me.
My today’s post is about yummy, pink birthday cake pops I made for my mom. I chose mainly pink/rosa/red colors, so when they were I done I thought: These would go great with Valentine’s Day and Mother’s Day as well :-) If you want to see more pictures and the recipe..read on, guys. For the Cake Pops:

Additional Items you may want to get: I can’t make Cake Pops and not have at least one Pop that has a drip…I love it. as close as it gets…love these kind of shots! Have fun making these, let me know if you did and send a comment :-)
niner